The Zyxel GS1200-5HP/GS1200-8HP Web Managed PoE Gigabit Switch is more than just a typical PoE switch. It comes with an easy-to-use Web configuration to prioritize, limit and/or protect network traffics. It has been designed specifically for customers who require simple control functions for office network management.

The Zyxel GS1200-5HP/GS1200-8HP does not require any additional software. It is more visualized with an easy, friendly and intuitive Web GUI that helps configuration tasks to be completed in just simple clicks. It is much easier for small office users’ network.

The Zyxel GS1200-5HP and GS1200-8HP deliver PoE capabilities of IEEE 802.3at (30 watts/per port with total PoE power budget 60 watts) to supply power to PoEcapable network devices such as wireless APs, IP cameras and IP phones. Web GUI management enables you to monitor power status of each port and/or to reboot the network devices. 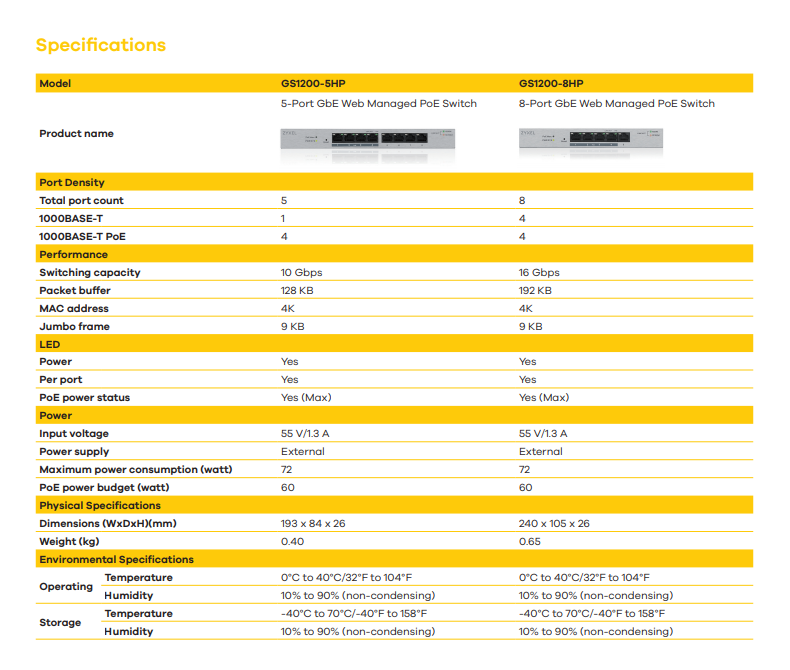